By the late 1930s the need for new rifles grew, and the Rifle, No. 4 Mk I was first issued in 1939 but not officially adopted until 1941. The No. 4 action was similar to the Mk VI, but lighter, stronger, and most importantly, easier to mass-produce.Unlike the SMLE, the No 4 Lee-Enfield barrel protruded from the end of the forestock. The No. 4 rifle was considerably heavier than the No. 1 Mk. III, largely due to its heavier barrel, and a new bayonet was designed to go with the rifle: a spike bayonet, which was essentially a steel rod with a sharp point, and was nicknamed "pigsticker" by soldiers. Towards the end of the Second World War, a bladed bayonet was developed, originally intended for use with the Sten gun—but sharing the same mount as the No. 4's spike bayonet—and subsequently the No. 7 and No. 9 blade bayonets were issued for use with the No. 4 rifle as well.During the course of the Second World War, the No. 4 rifle was further simplified for mass-production with the creation of the No. 4 Mk I* in 1942, with the bolt release catch replaced by a simpler notch on the bolt track of the rifle's receiver. It was produced only in North America, by Long Branch Arsenal in Canada and Savage-Stevens Firearms in the USA.The No.4 Mk I rifle was primarily produced in the United Kingdom. 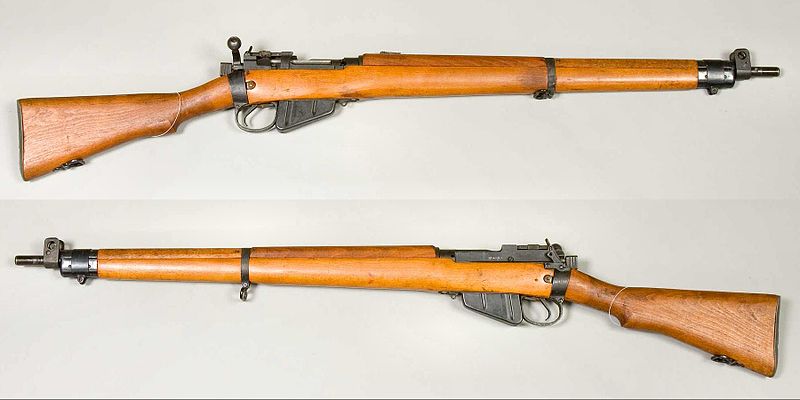